Valeryia Silchanka, associate at Lex Torre Law Office, was mentioned as one of the winners of RAA25 Awards 2019 because of her great contribution to the work of the Arbitration Association (RAA).
In 2019, the RAA25 Organizing Committee decided to award practicing lawyers, representatives of the arbitration "youth" community annually. The RAA25 Awards will annually make the list of up to 10 young practicing lawyers and senior students whose past-years achievements deserve a special attention of colleagues.

Applications of young lawyers are evaluated by the RAA25 Organizing Committee, as well as the Expert Council. In 2019 the Expert Council have entered Vladimir Khvalei, Chairman of the RAA Board, Roman Zykov, the main secretary at RAA and Sergey Savelyev, coordinator of RAA25.

Valeryia Silchanka (Lex Torre Law Office) was mentioned specially because of her great contribution to the activities of Arbitration Association.

Prize winners were announced in Moscow (Russian Federation) on December 18, 2019.

We congratulate our colleague and proud of her achievement! 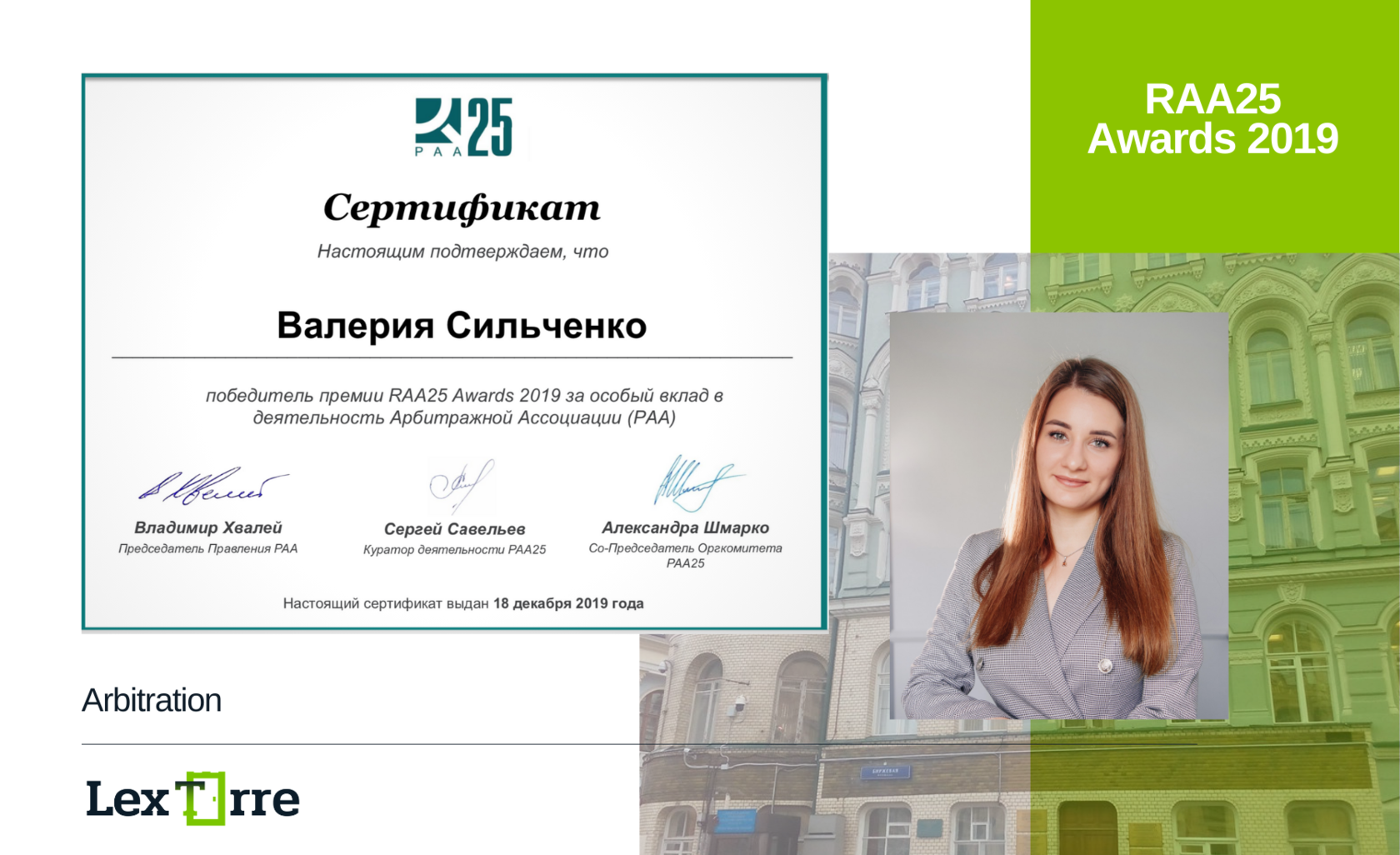 You have some questions and you need qualitative legal help?