17.01.2020
This is a well-known fact that arbitration proceedings may become long and expensive, and the parties, who need to solve a dispute quickly and effectively, search for the opportunities to apply to a state court without taking into account previously agreed arbitration clause. The same situation may occur, when the parties change their mind about the jurisdiction chosen in a prorogation clause. Therefore, one of the frequently asked questions in practice of our Law Office is whether there are chances to apply to Belarusian state courts to solve a dispute, if a contract concluded provides for a valid arbitration or prorogation clause [1] . The answer to the question and some other details you will find below.

Generally, the competence of a state court, including Belarusian courts, to consider a case arises from the norms of procedural legislation and should not be confirmed by the agreement of the parties. So, if a case does not fall under exclusive jurisdiction of a foreign state court, it may be considered by a Belarusian state court subject to particular conditions. A case must be considered in Belarus in accordance with the rules of jurisdiction. Most commonly, a case is considered by an economic court at the defendant's location, unless other rules of jurisdiction are provided for the case in law.

Resolution of the Plenum of the Supreme Economic Court of the Republic of Belarus dated 31 October 2011 No. 21 "On some issues of consideration by economic courts of the Republic of Belarus of cases involving foreign persons" clarifies that even if a dispute arises from the contract, containing an arbitration or prorogation clause, this does not impede a competent Belarusian economic court to accept a statement of claim and commence action proceedings under the general rules of the procedural law.

If the parties agreed on an arbitration clause, a Belarusian economic court having accepted such a statement of claim is entitled to leave it without consideration only if a defendant in the course of the court hearing not later than the first objection to the merits of the claim files a motion for the dispute to be resolved by the arbitration court. In this case, the economic court leaves the claim without consideration based on para. 3 Art. 151 of the Economic Procedural Code of the Republic of Belarus (hereinafter referred to as the "EPC").

If the parties agreed on a prorogation clause, a Belarusian economic court having accepted a statement of claim is to terminate the proceedings, if a defendant in the course of the court hearing not later than the first objection to the merits of the claim files a motion for the dispute to be resolved by the court agreed in the prorogation clause. In this case, the economic court terminates the proceedings based on para. 2 Art. 149 of the EPC.

If a defendant takes actions indicating the consent to the consideration of the case in a general manner in a Belarusian economic court or does not submit a respective motion before the first objection to the merits of the claim, the defendant's right to claim transferring of the case to the arbitration court or the court agreed in the prorogation clause will be lost.

** This article is intended to provide general information and is not meant to be construed as legal advice. 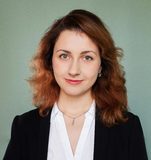